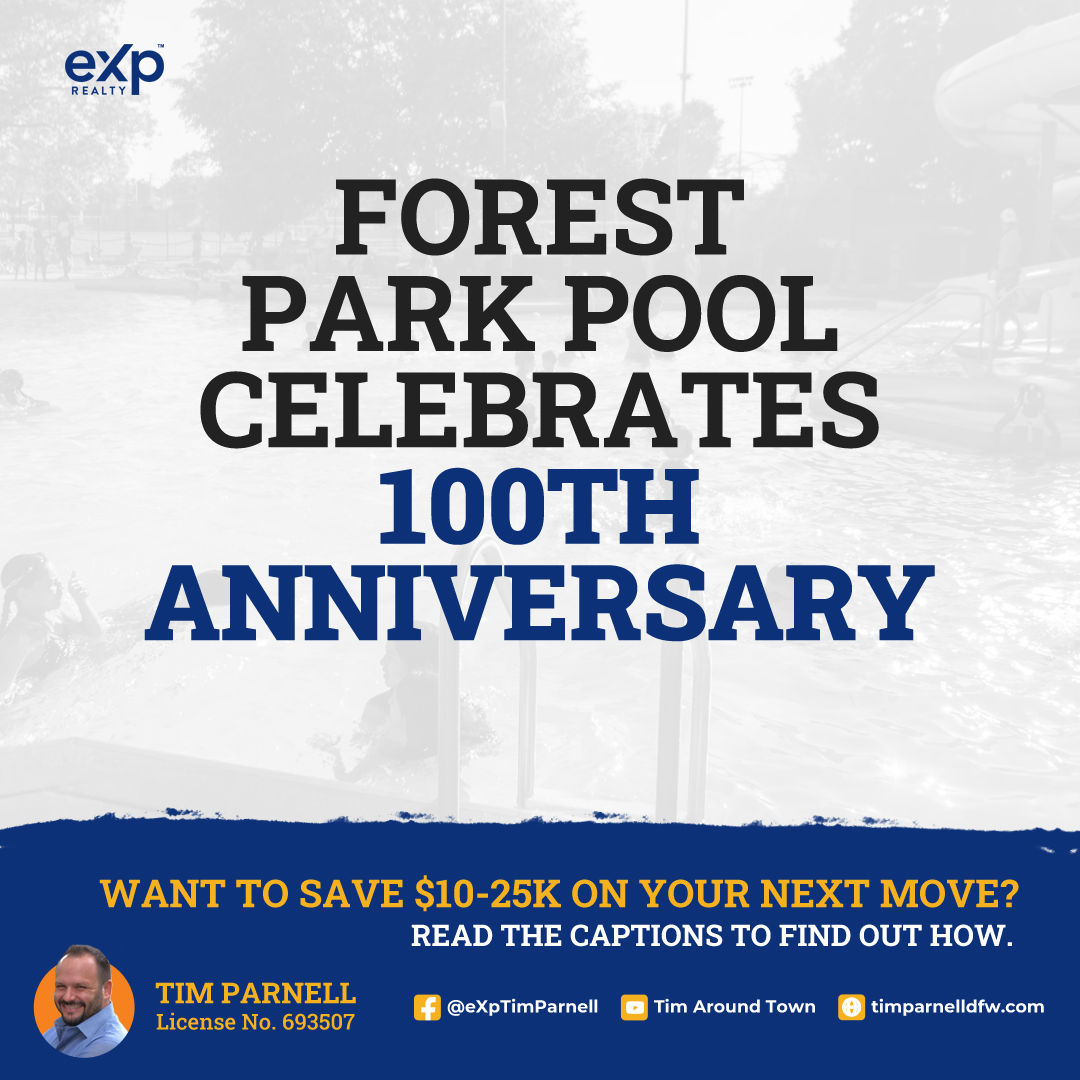 It’s officially summer and now is a great time to soak in the history of Forest Park Pool, which turned 100 this week.

Grab a cool drink and review the timeline for the beloved pool and parkland at 2850 Park Place Ave.:

The city acquired about 70 acres in what was then a remote area southwest of the city limits. Park planner George Kessler had recommended its acquisition because of its scenic qualities. Additional acreage for Forest Park was acquired over the years.

Forest Park Pool opened on June 16 as a fill-and-drain pool, meaning it did not have a filtration system. The pool water was drained each week and refilled with potable water. The giant all-concrete circular pool was designed by city engineer S.D. Lewis. It had a diameter of 250 feet and ranged in depth from one to nine feet. It was constructed by J. F. Wills, who also donated an 80-foot-tall flagpole planted in the center of the pool. On the east side of the pool was a large two-story wood bathhouse estimated to cost $18,000 and designed by noted Fort Worth architect Joseph R. Pelich.

The city Park Board approved a proposal from the Junior Chamber of Commerce to construct a bandshell and 2,000-seat amphitheater in Forest Park. The selected site was the archery range north of the current entrance to the zoo. The organization hoped to raise $25,000 for the project. Unfortunately, these features never materialized.

A major renovation took place that gave the pool its current shape, a new bathhouse, new piping and a filtration system.

Another renovation added a zero-depth entry, a PVC liner, a vacuum sand filtration system and a stainless steel gutter. Amenities include one-meter and three-meter diving boards and three tube waterslides.

The Forest Park Swimming Pool closed because of structural issues.

The pool reopened to the public following $830,000 in repairs, $500,000 of which came from a grant from the Radler Foundation. The pool received a new liner, piping, a slide and diving board as well as new concrete decking, six picnic areas and lounge chairs. The pool provided better access for the disabled.

Park & Recreation staff introduced a plan for a rebuilt Forest Park Pool that would include eight 50-meter lanes, a bathhouse, leisure pool and play features. The 2022 Bond Program included $11 million in funding for replacing Forest Park Pool, and in May the program was passed overwhelmingly by voters.

View a gallery of historic photos at: www.fortworthtexas.gov/news/2022/6/forest-park-pool-history

Litter is an ongoing battle

Learn about and share your thoughts on Short-Term Rentals

The City of Fort Worth is looking forward to hearing feedback from residents at two upcoming engagement opportunities.

Thank you! Your submission has been received!
Oops! Something went wrong while submitting the form.