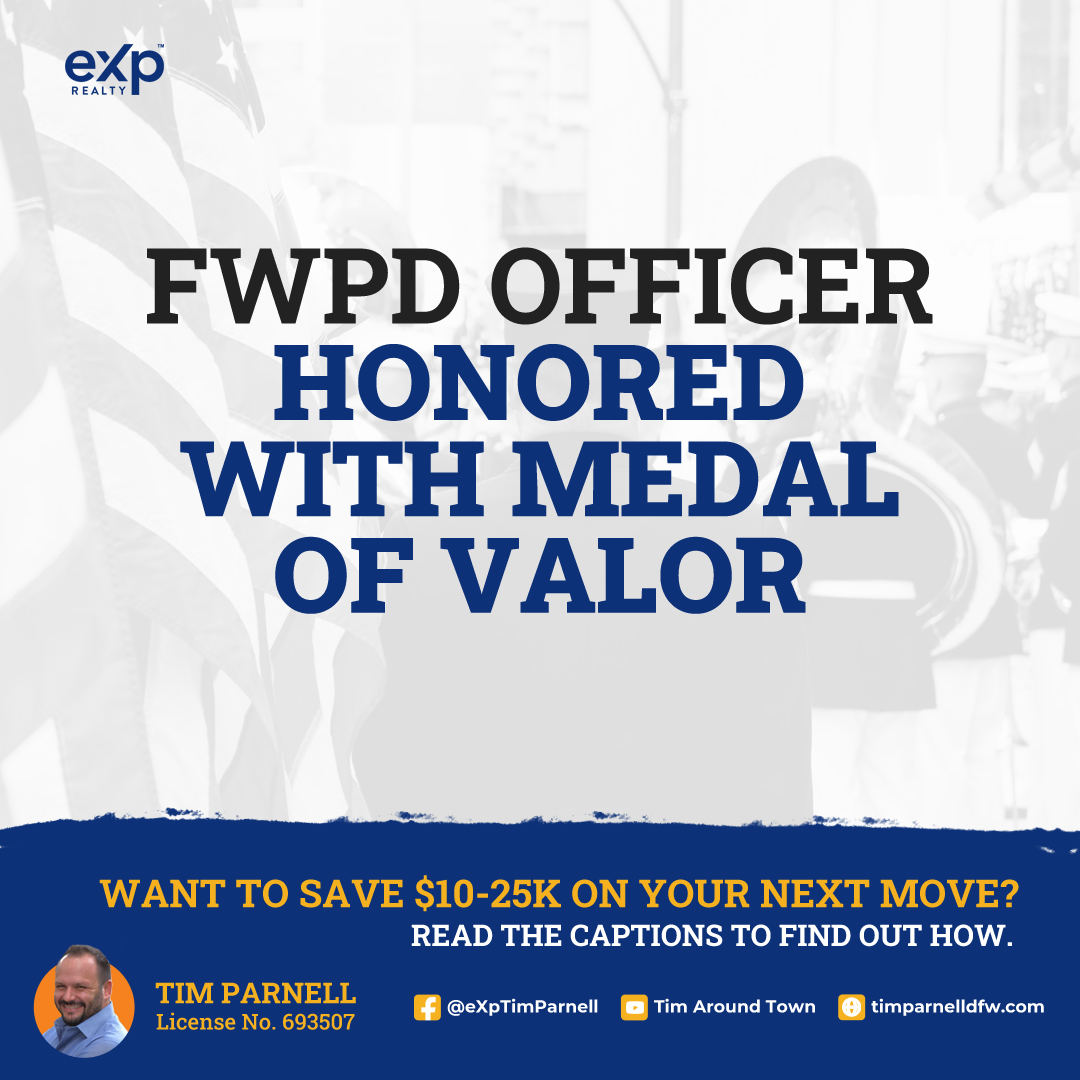 Fort Worth Police Department Officer Sergio Dominguez received the award for his actions in pursuing and terminating a homicidal threat on Dec. 19, 2018.

Dominguez was notified of a suicidal man in his patrol area who was livestreaming to social media, filming himself firing a gun in the air and placing the gun in his mouth. The location of the suspect was unknown, and Dominguez began to search the area. Dominguez was alerted via radio that several miles south of his location, a patrol sergeant had been ambushed by the suspect and fired on. The sergeant was able to transmit the location and vehicle description of the suspect and vehicle while she was evading pursuit.

Dominguez raced to the scene to assist. Before he arrived, another officer had arrived on scene and pulled up behind the suspect. The suspect had been firing into the air and circling in the roadway in front of the sergeant, weaving between civilian vehicles. As the first responding officer approached the suspect, the suspect backed his vehicle abruptly and turned. He fired on the officer through his passenger window, striking the patrol vehicle multiple times. The officer returned fire, striking the suspect’s vehicle and causing the suspect to speed away.

When Dominguez arrived on scene, the gunfire from the first engagement was audible and the suspect’s vehicle crossed directly in front of him. Disregarding his own safety, Dominguez took immediate action to identify, pursue and stop the suspect from continuing his rampage.

The suspect did not cease his attack and, despite his wounds, continued attempting to access additional loaded firearms in the vehicle, including a shotgun, rifle and multiple handguns. Dominguez maintained the momentum of the fight, continuing to engage the suspect with his duty pistol from inside his patrol vehicle while also positioning his patrol vehicle to pin the suspect’s vehicle against the light pole. Dominguez performed multiple, precise emergency reloads of his pistol as he exited his patrol vehicle, enabling him to keep the suspect pinned down in his vehicle. The suspect was taking cover behind his vehicle but, despite multiple attempts, was unable to use any of his firearms.

Once he had achieved a position of tactical advantage and having no other options to stop the suspect’s homicidal behavior, Dominguez displayed superior self-control and marksmanship skill by slowing his rate of fire and delivering several shots to the suspect’s head. This terminated the threat the suspect posed.

“Officer Dominguez’s actions on this day are an example of the highest degree of heroism and valor, but also an expert skillset obtained through years of dedication to training and professionalism. In what might be considered the hardest decision and action that a law enforcement officer will ever have to make, his actions assuredly saved multiple officers and members of the public from serious injury or death. His conduct serves as an example for all members of the law enforcement profession to strive towards.”

Litter is an ongoing battle

Learn about and share your thoughts on Short-Term Rentals

The City of Fort Worth is looking forward to hearing feedback from residents at two upcoming engagement opportunities.

Thank you! Your submission has been received!
Oops! Something went wrong while submitting the form.